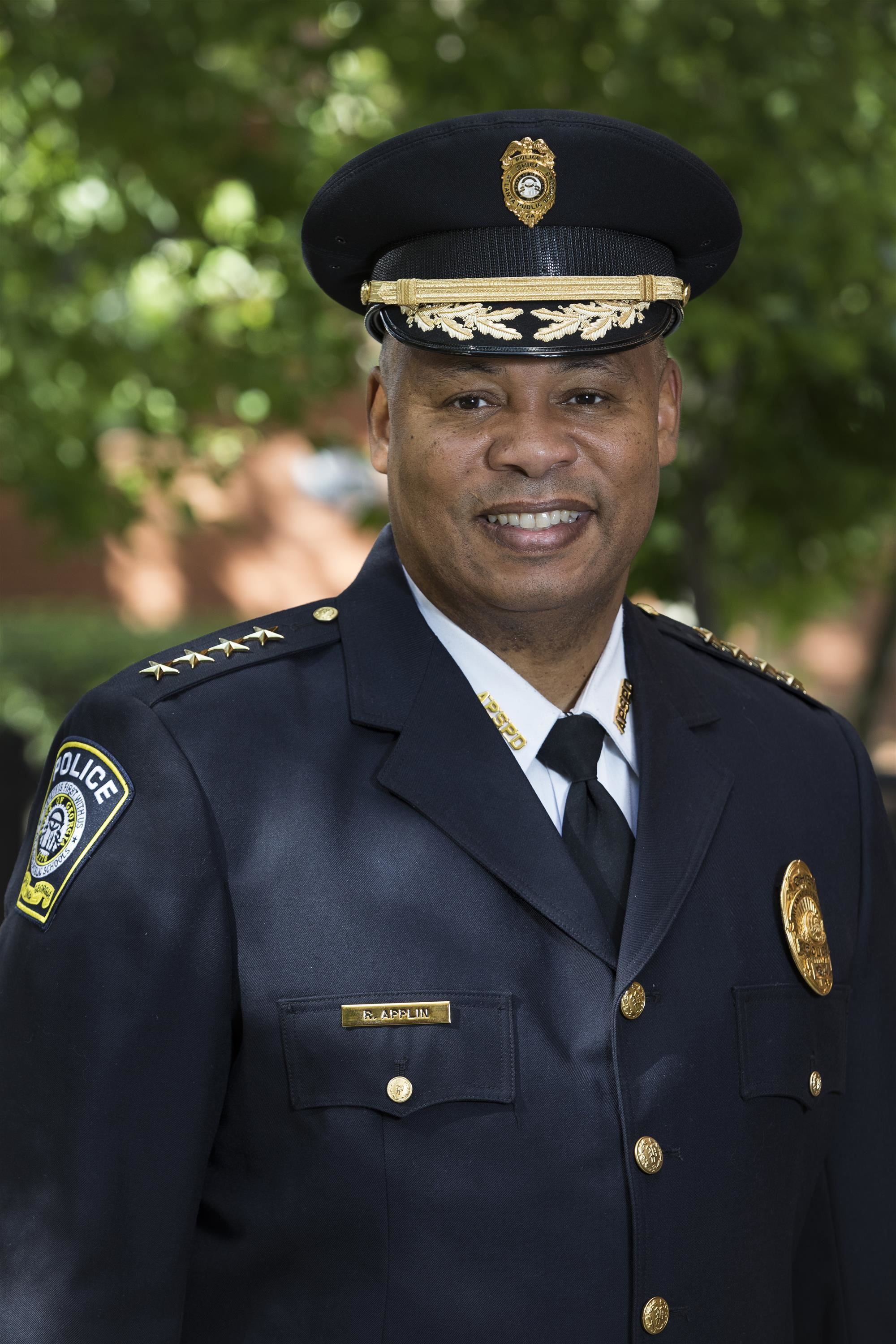 Chief Ronald Applin is an Atlanta native and a graduate of the 1986 class of Charles Lincoln Harper High School. He has served in this position since the creation of the department in 2016. Chief Applin served as faculty member with the Reinhardt University Public Safety Institute since 2011 and is a current adjunct professor. Prior to his service at APS, he was the director of security at Landmark Christian School for nearly four years. He was an adjunct professor at the University of Phoenix and was a law and justice teacher at Creekside High School. He retired from the Fulton County Sheriffs Office after 21 years of service and served 6 years in the United States Marine Corp Reserves. Chief Applin earned his bachelor’s degree in criminal justice at Mercer University, master’s degree in public administration at Troy University, and completed all the coursework for a PhD in Criminal Justice all but dissertation at Capella University.  He is a graduate of the FBI National Academy 220th session, and a graduate of the inaugural class of Mercer University's Public Safety Leadership Institute.