Your Pathway to College, Career, and Life 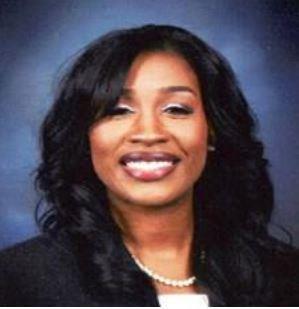 Bachelor and Master of Science in Education degrees from Arkansas State University. Doctoral degree in Leadership and Policy Studies from the University of Memphis

Dr. Tasharah Wilson is a veteran school leader with more than 20 years of experience in education.  She has served as a teacher, high school assistant principal and high school principal. Dr. Wilson is a skilled turnaround leader that knows how to achieve results.  She believes that all students have potential and it is our job to help them reach their goals.

During Dr. Wilson’s first year in Atlanta Public Schools (Booker T. Washington High) she led the way improving the school’s graduation rate from 67.4% to 76.8%.  Washington was also removed from Georgia’s list of high priority schools due to increased student academic achievement.  One of the most notable gains was a 97% pass rate on the Georgia High School Writing Test during the 2014-15 school year.  Under her leadership, suspension rates decreased due to the implementation of Positive Behavior Interventions and Support (PBIS), Social Emotional Learning and No Place for Hate.  Due to a concentrated effort on supporting the individual needs of each and every student, Washington High School’s CCRPI score increased +14 points and was named a Beating the Odds School by the Governor’s Office of Student Achievement in 2017. In 2018, Washington exceeded the district average in student growth points and the graduation rate increased 6.7%.

Dr. Wilson has presented at local, state and national education conferences.  Her passion is mentoring new and aspiring principals.  For the past two years Dr. Wilson helped train other APS Leadership Teams implement the district’s Academic Framework. In December 2018, Dr. Wilson was presented with the opportunity of a lifetime to serve as the founding principal of the Atlanta College and Career Academy.  She is excited to lead this “game changing” program for Atlanta Public Schools students.  With the help and support of Atlanta’s leading industries, post-secondary partners, district colleagues and faculty/staff, she is confident that ACCA will be a driving force ensuring all students graduate ready for college, career and life.

Dr. Wilson received her Bachelor and Master of Science in Education degrees from Arkansas State University. She went on to receive a Doctoral degree in Leadership and Policy Studies from the University of Memphis.  She currently resides in the metro-Atlanta area with her husband and twin sons, Jared and Joshua.